What started as a minor “reskin” of the existing center became a holistic reboot of not only the design of the center, but also of the user experience. The new concept is a vivid revolving door of experiences, locally made goods, and ideas for amplifying time spent in downtown Orlando.

Discover Downtown opened to rave reviews, landing on Orlando Weekly’s list of “100 Things You Must Do" in Orlando 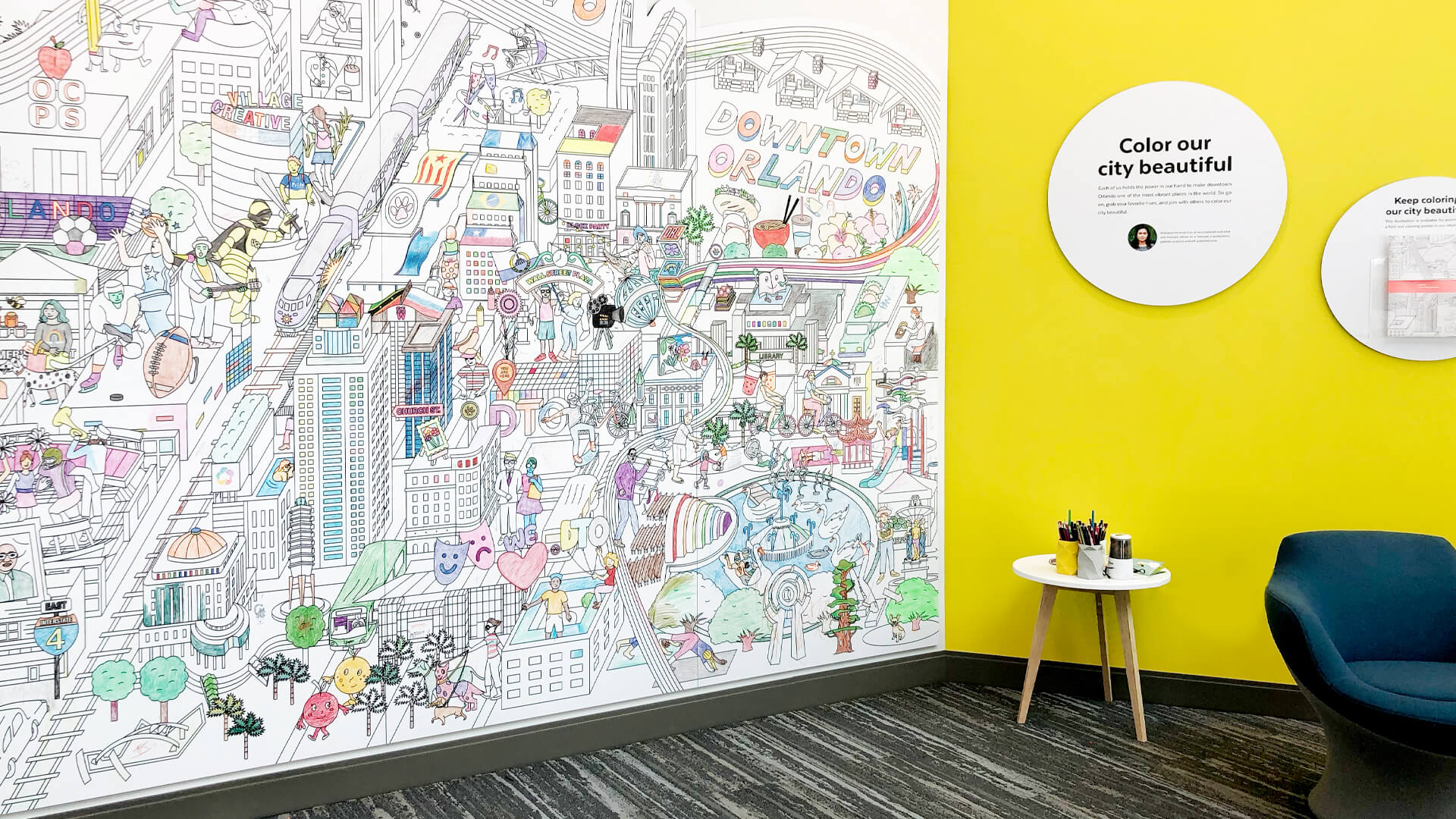 The vision concept centered on creating a place that would magnetize visitors and locals alike—and it succeeded.  Discover Downtown opened to rave reviews, landing on Orlando Weekly’s list of “100 Things You Must Do in Orlando,” and Prismatic’s Color Our City Beautiful (Orlantone) coloring wall was recognized by their staff as the “Best Local Color” winner in the annual “Best of Orlando” awards.

The final activation experience was unveiled on the 50th anniversary of the Orlando Downtown Development Board (DDB) in May of 2021. The “DTO” sculpture (short for “downtown Orlando,” a moniker coined by the DDB’s leader, Thomas Chatmon) is a larger-than-life illuminated sculpture that serves as a beacon and wayfinding element for Discover Downtown, as well as a selfie-inducing activation. Downtown’s new augmented reality app, currently under development, will add a dynamic layer to this experience through a series of graphic skins that interact with the sculpture and provide seasonal and thematic visual backgrounds.

Congratulations to everyone and every company who played a role in bringing this to life!

Back to News + Insights